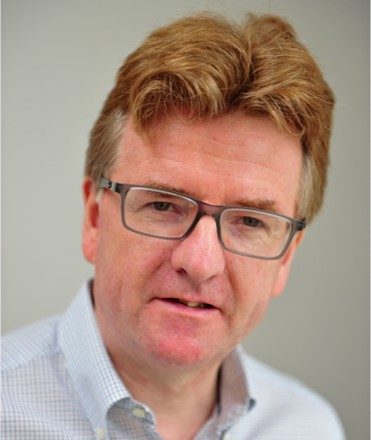 Cell avidity analysis streamlines the selection of the most effective CARs

About Leucid bio and their development pipeline

Leucid Bio is a pioneering cell therapy company with a pipeline of novel cell therapies developed using its proprietary engine. Leucid’s focus is on the development of novel CAR T therapies for patients with refractory solid tumors that fail to react to conventional treatment options. For this, the company develops improved CAR T-cell therapies for solid and hematological malignancies to produce a better and more durable response in patients.

Their latest developments are based on a novel CAR model, called “parallel CAR” (pCAR), that enhances T-cell activation. pCARs achieve this by introducing parallelly-coupled costimulatory domains (immune response activators) across the T-cell membrane, which elicits a superior response compared with conventional CARs. The company seeks to utilize cell avidity measurements of CAR T cells for a quicker selection of lead candidates with improved anti-tumor activity.

In a long-term cell killing assay lasting over months, target-tumor cells were incubated with CAR T cells, and tumor-cell viability was quantified for 14 weeks. Three of the CAR T-cell populations (CAR 3, CAR 4, and CAR 5) produced prolonged tumor suppression compared with the rest of the panel, including the CAR original (FDA-approved CAR). The late outgrowth of tumors observed for CAR 3, CAR 4 and CAR 5 suggests a potential delayed exhaustion of CAR T cells (Figure 1).

The outcome of the cell killing assay was correlated with cell avidity measurements using the z-Movi® Cell Avidity Analyzer. This instrument offers a rapid and simple workflow, and significantly reduces the time to acquire results, as the workflow is reduced from weeks to hours. By quantifying and ranking cell avidity of the CAR T populations, the team rapidly identified the FDA-approved CAR (CAR original) as the CAR with the highest avidity (Figure 2). However, the FDA-approved CAR has a restricted long-term killing capacity and exhausts quickly as shown in the 14 weeks cell killing assay (Figure 1). In contrast, the CARs (CAR 3, 4, and 5) with Goldilocks avidity produce the highest long-term killing capacity, outperforming the rest of the CARs including the CAR original. CAR 5 with intermediate avidity (Goldilocks avidity) has the highest long-term killing efficiency and therefore could serve as the optimal therapeutic candidate (Figure 2).Overall, the findings provide a starting point to screen and tune the avidityprofiles of improved CARs to induce optimal responses with minimal side effects. 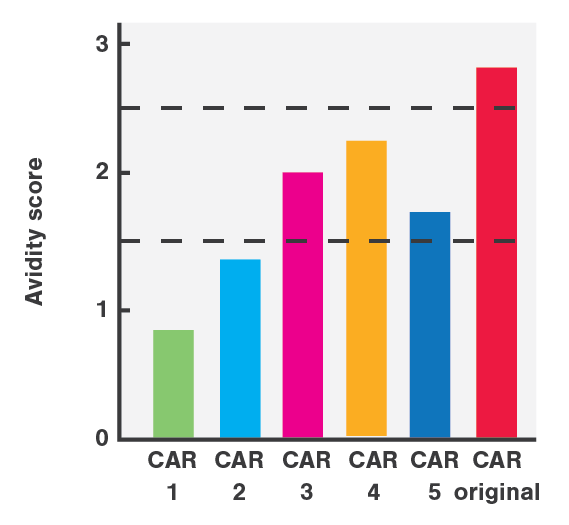 By implementing cell avidity measurements with the z-Movi, Dr. Maher and his team were able to select the best-performing CARs among the affinity-tuned CARs in a matter of hours instead of months. Compared with long-term cell killing assays that take, on average, multiple months to complete, cell avidity analysis using the z-Movi offers a rapid and reliable approach that enables researchers to quickly and efficiently reduce the number of suitable next generation CAR T-cell candidates that proceed to clinical trials. Studies on larger panels of CARs with the z-Movi® may ultimately offer fast and reliable avidity scores that discern optimized CARs for targeted cell killing.

Rapid experiments with the optimized workflow

We have optimized the workflow of the z-Movi to facilitate an intuitive user experience and provide you with reliable and reproducible results in a matter of minutes. The z-Movi Chip is specialized to simplify cell culturing and maintain your samples in physiological conditions while you perform experiments. Once you have performed one run of analysis, you can simply flush in a new batch of effector cells. Running multiple chips sequentially allows you to measure several experimental conditions per day.

Details about our collaboration can be found in our press release.

In this webinar, Dr. Maher demonstrates how to use the z-Movi® Cell Avidity Analyzer to understand the most important characteristics for relative binding affinity in the design of optimized CAR.