The role of forces in biology

The nature and study of forces in biology

Cells communicate in two primary methods: electrochemical signals (which dictate cell proliferation, adhesion, migration, and reproduction) and direct forces (such as DNA transduction, binding, or repair). Studies of cellular mechanical properties and their environments are a rapidly growing area of interest amongst drug developers and cell biologists whose research has been gradually transitioning to smaller length scales in order to understand the fundamental factors at play.

Understanding the nature of biological interactions requires a multidisciplinary approach, most biologists achieve this using a combination of cell imaging & localization, bulk functional assays, or structural analysis methods such as cryo-EM. Often though these methods leave much to be desired as cell imaging & localization methods miss experimental control and give a trade-off between either detailed or dynamic information. Similarly, bulk functional assays are commonly used for their ability to quickly obtain functional information (e.g. enzymatic kinetics, binding kinetics, activity) however they lose detailed information of molecular behavior by averaging thereby removing all dynamic information; the often championed cryo-EM also sacrifices dynamic information for detailed static snapshots but structural information alone is often insufficient for direct proofs and commonly leads to a paper’s exclusion from high-impact journals or from more widespread applications of its findings.

To truly understand and evidentiate the mechanisms at play at the molecular level, you need to be able to directly visualize the reactions in real-time whilst simultaneously controlling molecular assembly, reactions, and activation of the biological complexes. It is because of this requirement that a number of traditional experimental approaches namely cell imaging & localization, bulk functional assays, and structural analysis are falling out of favor as more researchers turn to truly integrated and correlated solutions like the recent innovations in dynamic single-molecule analysis. The shortcomings of traditional methods are a primary cause for why only 4% of all biology publications end up in high-impact factor journals (IF>7) compared to the 70% for publications that use LUMICKS’ tools for dynamic single-molecule analysis1.

DSM analysis takes DNA-protein interactions experiments to the next level by combining direct visualization of location and dynamics of individual proteins enabling explicit proof of protein function. It combines this with control over the stepwise assembly of biological complexes to reveal how they are built, and modulation of local DNA structure for seamless manipulation and sensing of DNA tension forces. The possible configurations also accurately simulate the natural environment in vivo using automated microfluidics and the optical tweezers which themselves are designed for maximum biocompatibility. 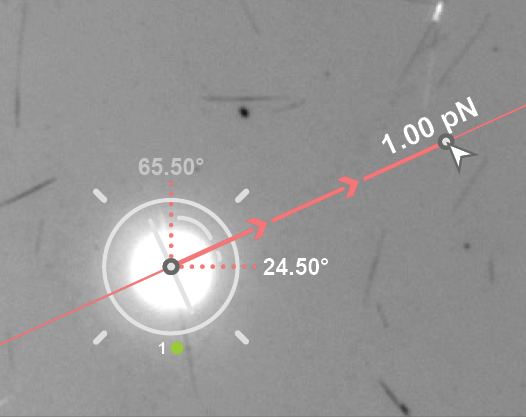 As demonstrated by Wasserman et al. (2019) in Cell2, we can directly witness the interactions in a ds-ss fork junction formation using the C-Trap. The simulation to the right demonstrates Wasserman’s findings where an ssDNA-binding protein was introduced to an already dynamically moving protein, the subsequent binding sequence could then be mapped with a localization precision of <50 bp as it was building in a molecular complex in real-time. 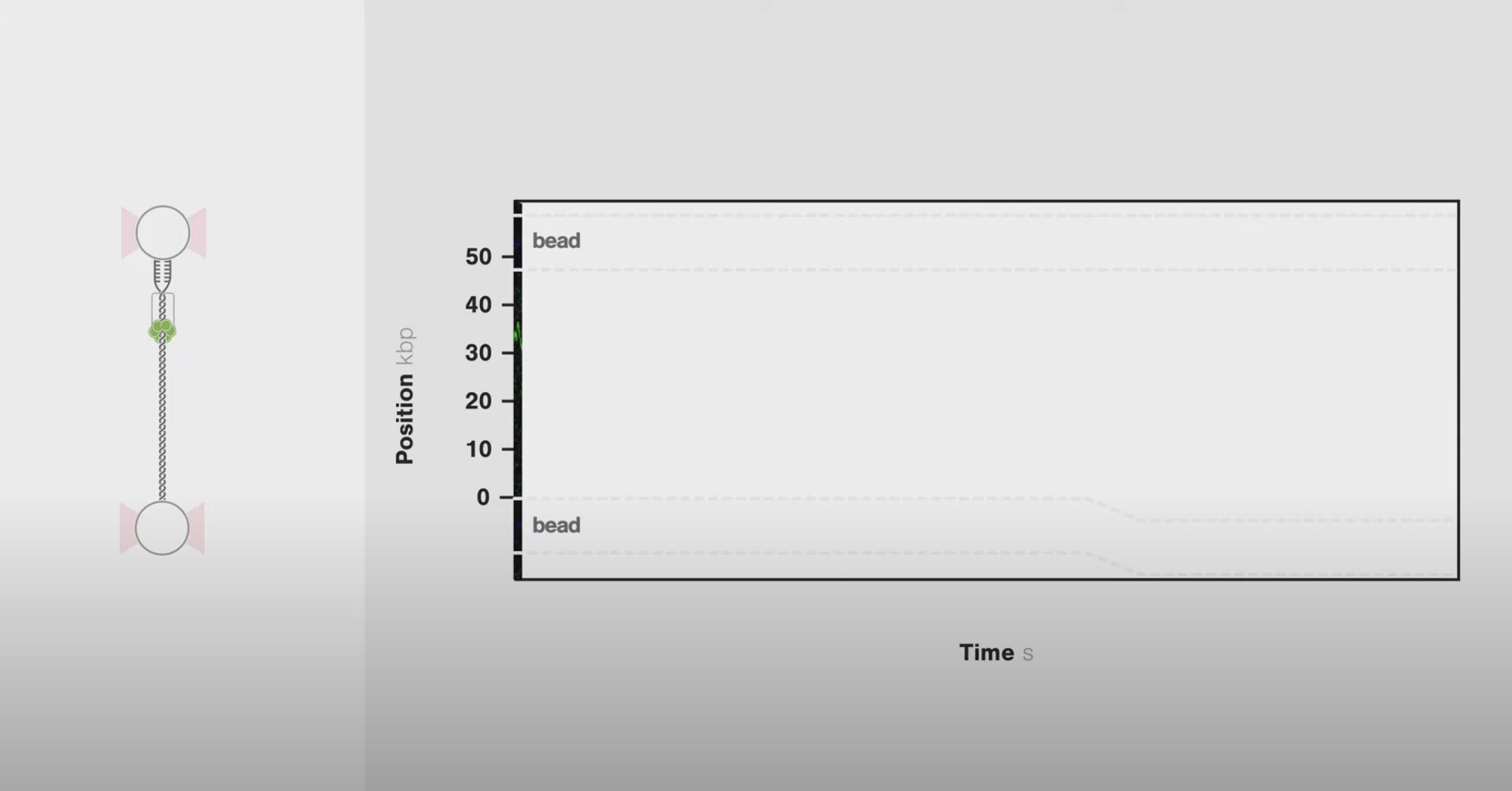 The C-Trap offers you a fast workflow to seamlessly catch and manipulate single molecules. The instrument measures their structural changes or interactions while you visualize them in teal time with high spatial and temporal resolution, ultimately offering you a complete and detailed picture of biomolecular properties and interactions 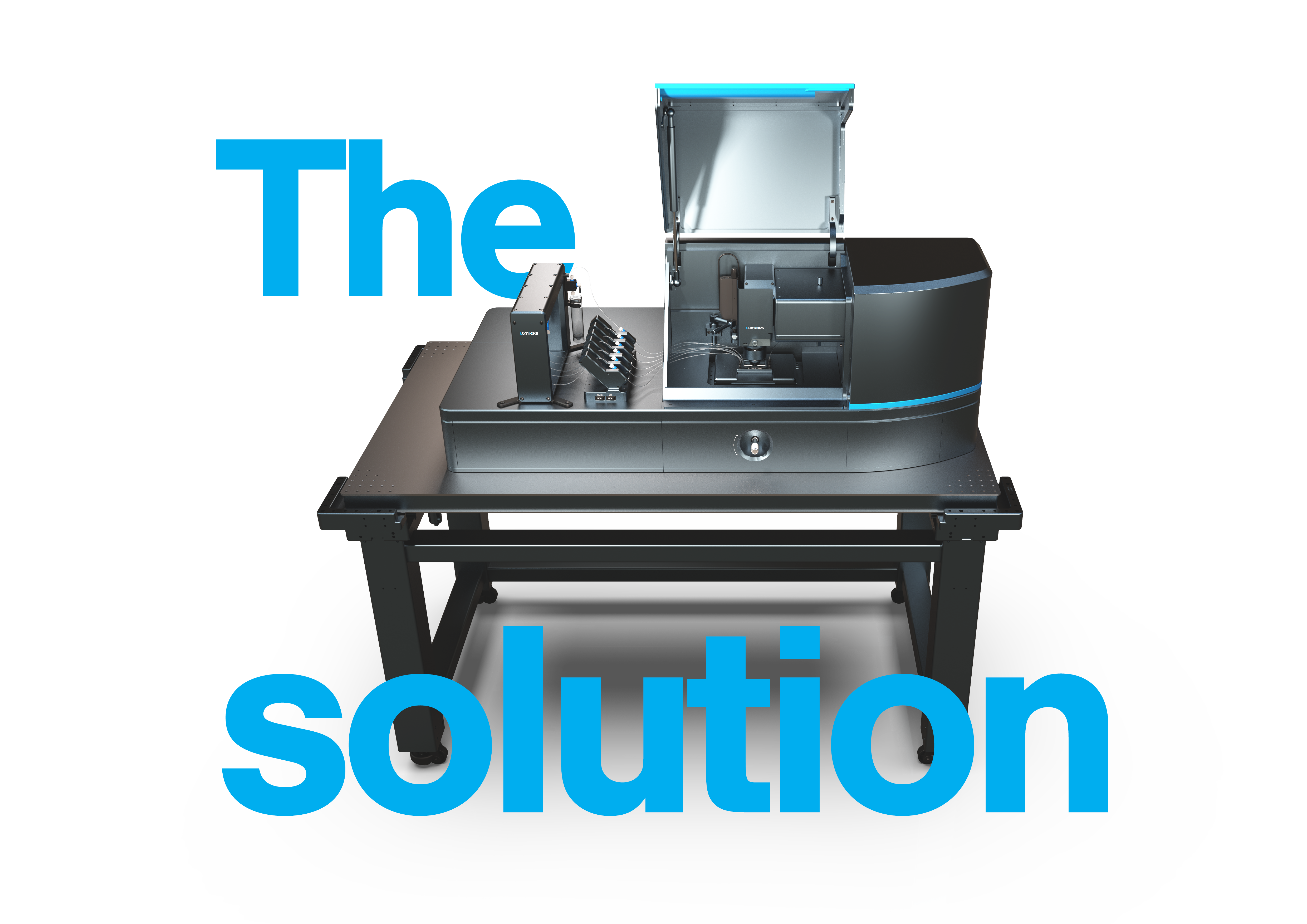